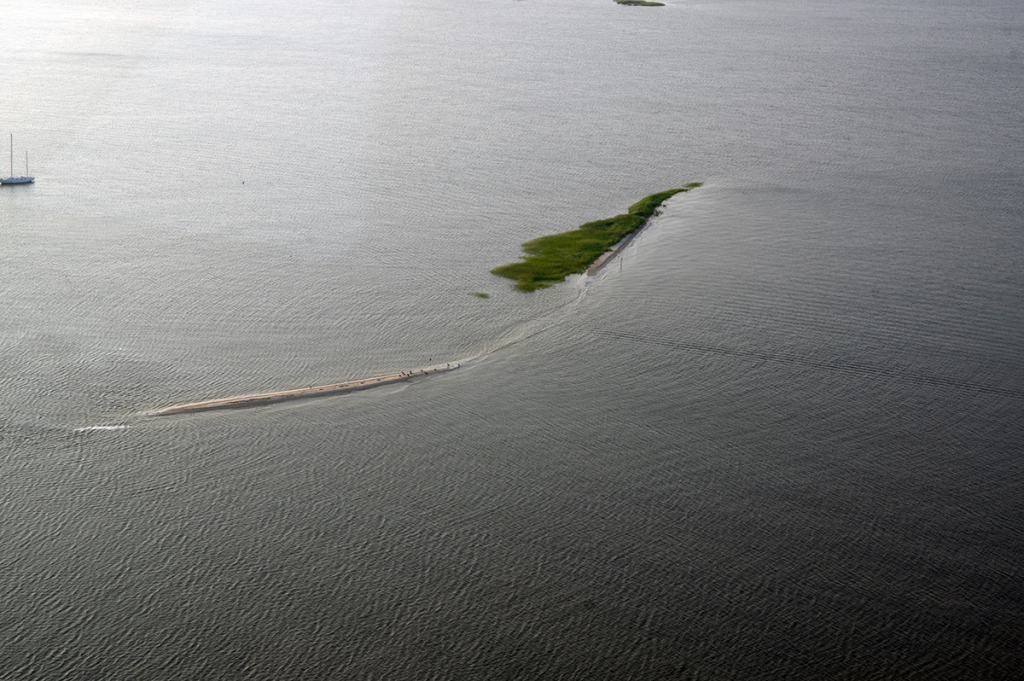 Consider this your one-stop shop for the most current information we have on the Crab Bank restoration project.

It doesn’t take much: You can rent a kayak and paddle in 15 minutes to one of the few places on the Atlantic coast where you can watch sea and shorebirds nesting — right here in South Carolina.

Crab Bank, in the heart of Charleston’s harbor near Shem Creek, is a bird sanctuary unlike any other. For more than a half-century, the island has been home to brown pelicans, black skimmers, royal terns, American oystercatchers, and other migratory and threatened birds. In a single summer, Crab Bank hosted as many as 5,000 nests, and, from its shore, young birds have begun life and learned to fish and play.

But Crab Bank has been eroding slowly for years, and in 2017 Hurricane Irma washed away the last bit of high ground, eliminating the possibility of nesting birds.

The Conservation League teamed up with the South Carolina Department of Natural Resources, conservation partners, and an outfitter, Coastal Expeditions, to find a solution — use sand dredged during the Charleston Harbor’s deepening project to rebuild the bank. The Army Corps of Engineers has studied the opportunity extensively. They found compatible sand, developed a plan for restoration and prepared to rebuild Crab Bank. But it costs money to divert some of the good sand to Crab Bank, rather than sending it all to be dumped offshore. That left our community to raise the necessary funds to cover the excess cost of bringing Crab Bank back.

With you on our side, we were able to meet our goal and Crab Bank will be restored in tandem with the Post-45 Harbor Deepening project. We cannot thank you enough for helping us bring this critical habitat back for our coastal birds!

Now for the good stuff…

When will Crab Bank be back?

The Army Corps expects Crab Bank’s restoration date to be at least 2021. This is due to the schedule agreed on by the contractor and the Army Corps, which requires maintenance work to be completed before moving onto the area with compatible sand to restore Crab Bank and may be influenced by other scheduling constraints.

How much will it cost?

While the work of restoring Crab Bank using compatible material from the harbor deepening was originally estimated by the Army Corps of Engineers to be just about $4 million, we recently learned that the winning contractor’s bid put a price tag of only $377,000 on the reconstruction of Crab Bank! With the Army Corps continuing to cover 65% of that total cost, our community will only have to pay $132,000 to make it happen.

Many different bids came in for the Lower Harbor contract, and the cost of Crab Bank varied greatly between bids. Norfolk Southern Dredging Company, who ultimately won the contract, was likely able to save significant resources by having all the necessary equipment in the area already. Additional factors, like other commitments for the equipment around the same timeframe, and the fact that Norfolk Southern does not have to employ a subcontractor, may have contributed to the reduced cost as well.

Thanks to this community, we will able to bring Crab Bank back and do so much more for our coastal birds.

What will happen to funds raised for Crab Bank that aren’t needed to rebuild the rookery?

We are exploring potential methods of enhancing Crab Bank — possibly with plantings, oyster reefs and other measures — to better withstand growing threats like sea-level rise and increased storm activity.

We also plan to reestablish the Pelicam so you can connect with Crab Bank and the thousands of young birds that call it home in real time, from wherever you are in the world. And the Coastal Bird Conservation Program, initially created for the Crab Bank effort, will continue to identify opportunities to secure coastal bird populations all along South Carolina’s vibrant and unique coast. Stay tuned for more details about how this incredible community effort will benefit coastal birds for decades to come.

What else can we do to help coastal birds between now and 2021?

Advocate for coastal bird habitat and policies that protect the environment they depend on, support the Coastal Bird Conservation Program, and read the tips below for ways to share our beaches with nesting and resting birds.

More about Crab Bank and our sentinel seabirds

Birds that nest there during the summer

Birds that rest and feed on Crab Bank over the winter

How can you help protect sea and shorebirds?

There are many little things you can do to protect sea and shorebirds (and the fragile habitat they rely on). Here are a few tips to remember when you see these coastal birds: