A commonly used group of rodenticides, referred to as second-generation anticoagulants (SGAs), are imposing lethal impacts to native wildlife. This occurs through a process called secondary-poisoning and can happen when predators or scavengers consume poisoned rats. With enough rodent meals, the predators and scavengers will bioaccumulate the toxins, potentially leading to the accumulation of a lethal dosage. 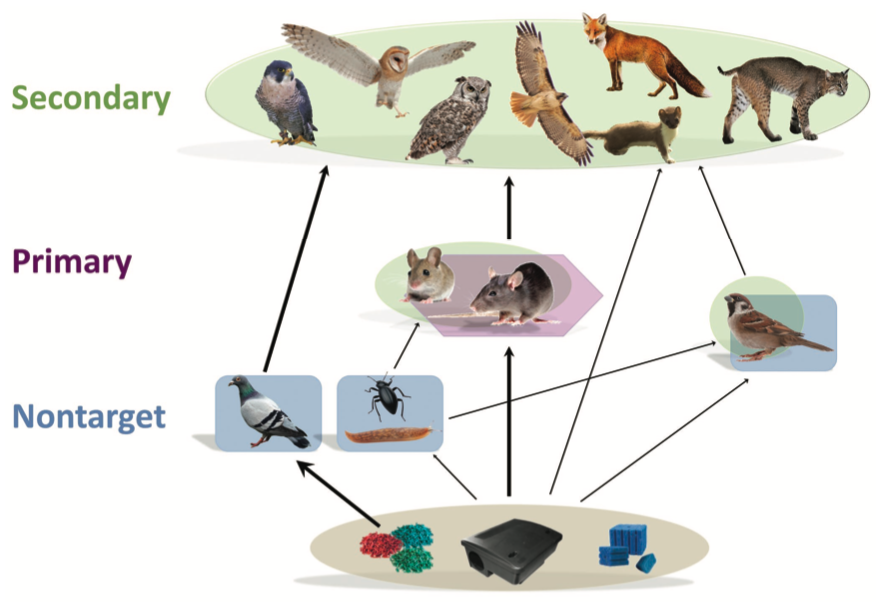 In late 2019, wildlife biologists on Kiawah Island confirmed something they’d been suspecting for months – bobcats were dying as a direct result of toxic rodenticides commonly used to control rodent populations. A toxicology report showed that all four SGA toxins, brodifacoum, bromadiolone, difenacoum, and difethialone, were found in a deceased bobcat’s liver tissue – cause of death was confirmed as internal hemorrhaging.

SGAs are the strongest on the market, killing rodents with just one dose. They work by hindering the body’s production of Vitamin K. Vitamin K is responsible for coagulating blood and without it, animals hemorrhage to death. Unfortunately, hemorrhaging to death takes time – SGAs are not fast acting and it can take up to a week for intoxicated rodents to die. In the meantime, predators, like bobcats, prey on the compromised rodents and begin accumulating doses of SGAs. With enough rodent meals, predators succumb to the lethal effects of SGAs.

When the Town of Kiawah recognized there was a problem on their island impacting beloved bobcat populations, they swiftly flew into action, calling on residents, businesses, and pest-control companies to voluntarily scrub SGAs from their pest management plans. But, despite wide-spread support, it wasn’t enough. Bobcats continued to succumb to SGAs in the coming months. The Town’s biologists predict that over 70% of the bobcat population on Kiawah has been lost, with less than 10 cats on the island.

Recognizing the urgency of the situation, the Town, after attempting to enforce their own local ban on SGAs in April 2020 and being informed that state law prohibits them from doing so, turned to the state’s Department of Pesticide Regulation for help. In July 2020, they requested the Department use their authority to enact a temporary one-year ban on SGAs to give the bobcat population a fighting chance at recovery while voluntary programs took hold. By August 2020, the Department denied that reasonable request, citing a preference of first utilizing voluntary measures to discourage the use of SGAs despite clear evidence that these programs have been ineffective at addressing the issue

Since the first bobcat’s toxicology reports came back, six others have died as a direct result of SGAs. In just the last week, another bobcat has died and her results are pending. This situation is dire. We need to act now. Please sign the petition urge decision makers to protect Kiawah’s wildlife from these harmful toxins.