Palmetto Bluff is a 20,000-acre property, surrounded by water on three sides: the May River to the north and northeast, the Cooper River to the east and southeast, and the New River to the south and southwest. After nearly 25 years of admirable stewardship, the new owners of Palmetto Bluff, South Street Partners, are requesting changes to the development agreement that mark a clear departure from the original vision and core values of Palmetto Bluff as a high quality, environmentally sensitive community.

In 1998, Palmetto Bluff was annexed into the Town of Bluffton. Along with this significant increase in land mass, the Town of Bluffton obtained commitments in the original development agreement that protected water quality and left much of the property in managed forest. Specifically, the agreement strictly limited docks and alteration of the river shoreline, prohibited dockside fueling, and pledged to leave 5,000 acres of the property in open space.

Now, South Street Partners is asking the Town Council to remove two key protections from the agreement: 1) the prohibition on dockside fueling and 2) the limitation to a single dry stack. South Street’s vision for this site indicates a desire to convert the pristine and highly dynamic New River estuary into a highly trafficked and intensely developed fueling station.

A 2005 marina permit for Big House/Anson could allow 186 boat slips, but South Street wants to more than double that capacity, in addition to allowing dockside fueling and a new dry stack, none of which are authorized under the existing permit.

These changes are concerning and, if built, would increase boat traffic on the New River on the southern end of Palmetto Bluff. Dockside fueling poses significant risks to water quality and more boat traffic, particularly larger vessels, will impair and erode the vast, surrounding marsh, and threaten critical wildlife habitat.

And these changes also may indicate plans to build on some of the most vulnerable and important parts of Palmetto Bluff: Doughboy and Long Islands. These properties are extremely ecologically valuable and environmentally sensitive areas that should remain undeveloped as part of Palmetto Bluff’s continued commitment to environmental stewardship. 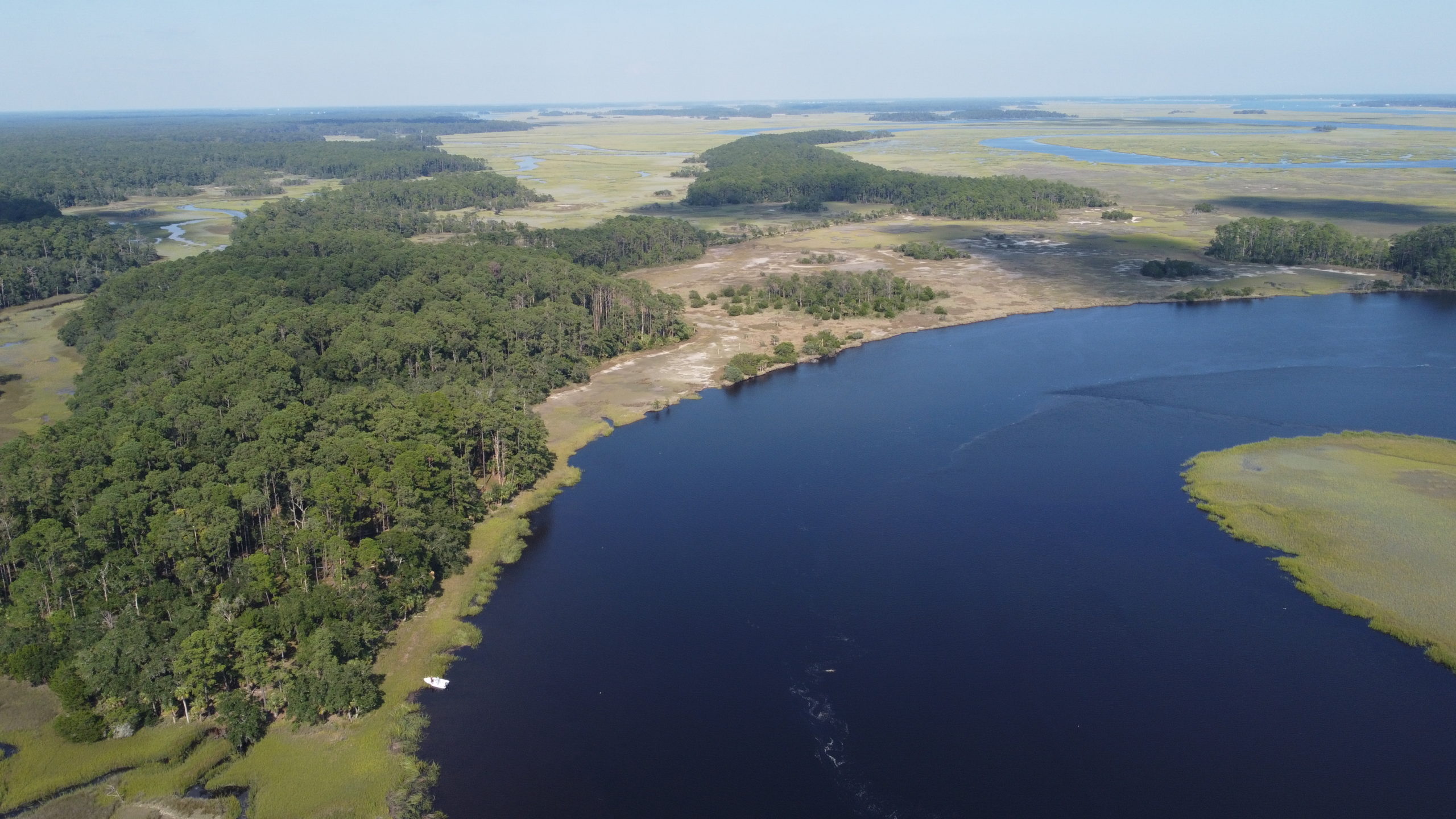 Existing conditions at Big House/Anson on the New River

Please join us in asking the Town of Bluffton Town Council to deny the proposed changes to the Palmetto Bluff development agreement.

On November 1, 2021, the Planning Commission voted unanimously to recommend denial of the changes to the agreement. On November 9, 2021, Town Council considered the requested changes, each expressing serious concerns—with water quality and impacts to the ecosystem, with development pressures generally, with the extent of community opposition, and with the fact that South Street has not really engaged with the community in any meaningful way about their plans. Ultimately, they voted to postpone council action and refer the matter to the Town’s Negotiating Committee. This gives the Town the ability to renegotiate parts of the development agreement that are concerning, including the existence of the marina at Big House/Anson and/or the number of allowable wet slips on the New River, in addition to the developer’s requests for dockside fueling and a new dry stack. On January 6, 2022, the Town’s Negotiating Committee met for the first time in several years to discuss Palmetto Bluff and the requested changes to the agreement. Mayor Lisa Sulka and Councilman Fred Hamilton made clear that Town Council has asked South Street to hold a community meeting to discuss their plans for the property and that they expected them to do so before any substantive back-and-forth negotiations will occur. Stay tuned for an update on if and when that meeting will take place.

Join the hundreds of community members speaking out in opposition of these destructive changes here.

No dockside fueling and a single dry stack were key commitments in the original development for Palmetto Bluff. Their elimination undermines the vision and environmental stewardship that was promised.

Doughboy and Long Island are ecologically significant and vulnerable barrier island hammocks. They are inappropriate locations for development and should be protected in their natural state.