We won a battle, but the war wages on! On Tuesday, November 13, 2018, Horry County Council narrowly opposed the rezoning of Bear Claw by a vote of 6-5- a vote that prevented 1,500 homes on 800 acres adjacent to Lewis Ocean Bay Heritage Preserve along Highway 90.

The community’s voice was critical to this narrow victory.  Six council members heard your concerns and did the right thing.  The developers made clear, however, that they intend on persuading County County to rescind its opposition at the next County Council meeting on December 18, 2018. Check out this story from The Horry Independent.

What happens on December 18 could go one of two ways: Council could follow it’s own comprehensive plan, stand firm and oppose the rezoning or council could bend to special interests, approve higher density on Bear Claw and open the floodgates to a sea of future rezoning requests and thousands upon thousands of new homes.

Your voice can make the difference.  Please email and/or call the six Horry County Council members to thank them for protecting your quality of life and the integrity of the Horry County comprehensive plan.  It is important to thank County Council but also let your leaders know you remain opposed to a massive housing development moving forward in the environmentally sensitive, flood-prone Bear Claw area.

We welcome you to view the following Bear Claw comment letters from:

To learn more about Lewis Ocean Bay, check out this fact sheet.

It is important that you THANK Council members and ask them to hold fast on their opposition to the rezoning.

Here are some talking points to help you craft a more personal message:

Here is a map of the proposed development, and you can see how close to Lewis Ocean Bay developers aim to build. 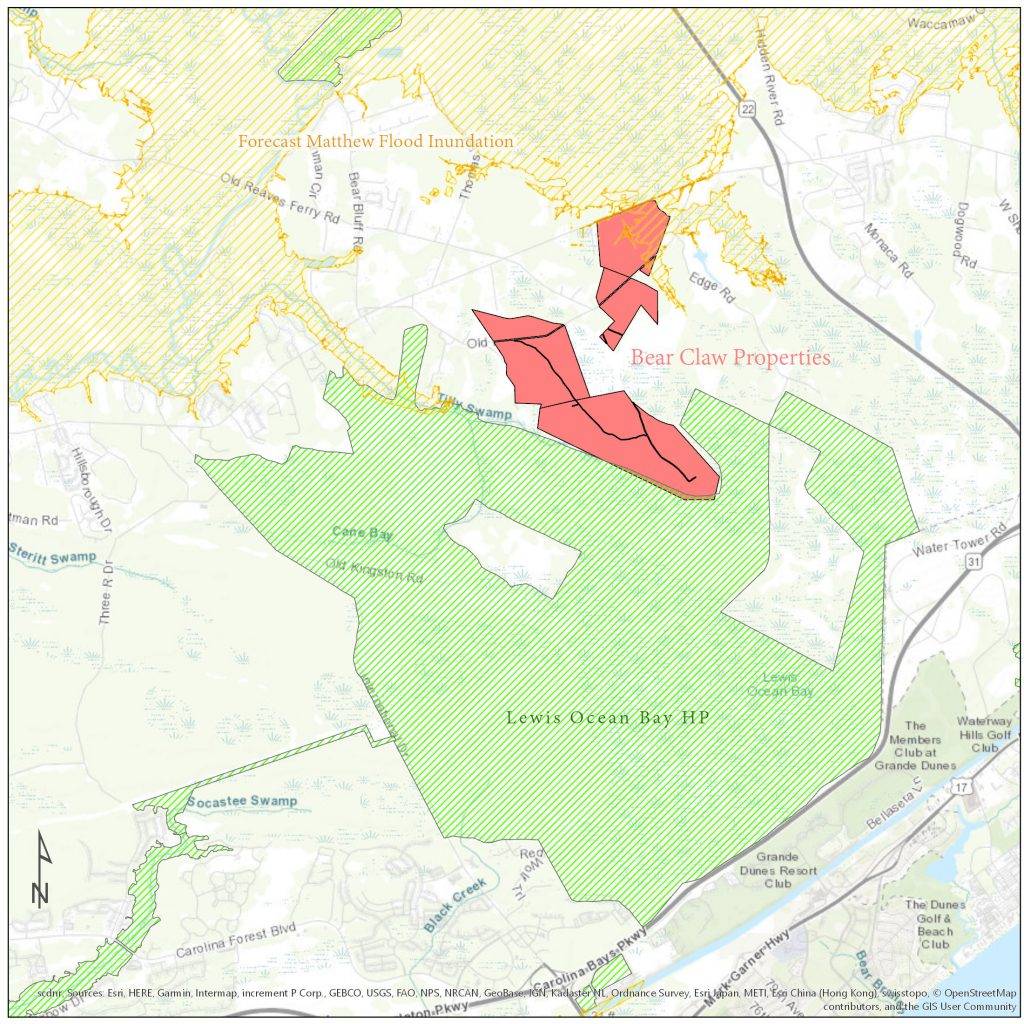