Huger is a tranquil area in Berkeley County filled with residents that have a strong connection to the area and their community. Many residents have lived there all of their life, and some residents live on parcels that were passed down from their grandparents and great-grandparents who were enslaved on that land. People are drawn to the natural, quiet atmosphere that’s unlike anywhere else.

In the Spring of 2017, Donmar, a sand mining company, received state and local permits authorizing two 5-acre mines on Charity Church Road in Huger, South Carolina. By November, Domar submitted for a Special Exception permit to Berkeley County to establish a larger, 30+ acre mine and simultaneously applied an Individual Mine permit to the S.C. Department of Health and Environmental Control.

The residents on Charity Church Road and the greater Huger area were concerned about how this mine would impact their quality of life. This wasn’t the first mine in their area, and they knew mining caused dust on the roads and in the air, noise at all hours, traffic that resulted in increased accidents, damage to their roads, and trash. These mines destroy the attributes that draw people to Huger. As a result, the community mobilized, attending as many meetings related to this mine. The meetings were primarily held on weeknights in Moncks Corner, which is over 25 miles from Huger. Many people started carpools to make sure they could get as many people from their community to each meeting. The mine eventually received a green light from the state and local level despite opposition.

Timeline of Donmar Sandmine and the Huger Community

The residents of Huger, the Coastal Conservation League, SCELP, and Rep. Jefferson worked to earn concessions for the community. The three pillars of this agreement are:

How Huger, SC stood up against sand mining 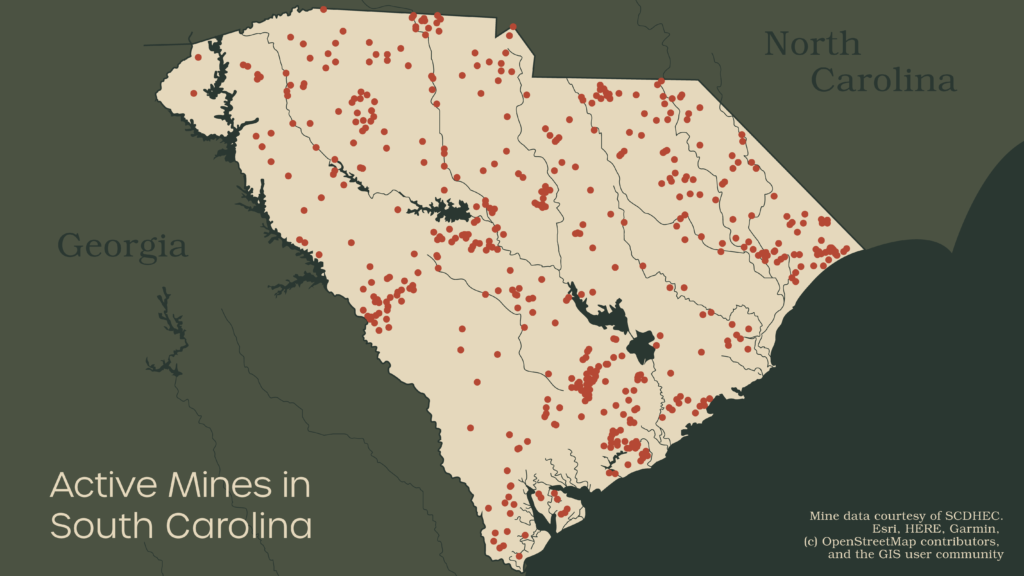 Sand mining is the extraction of sand, mainly through an open pit. This sand is often used in the manufacturing of roads, buildings, and many other industrial processes. It is necessary, but we don’t know the long-term effects on our environment. Once these holes are dug, the material excavated cannot be replaced. When the mine is closed, the hole in the ground remains. To mine, the topsoil has to be removed first to get down to the more desirable material. That topsoil is often relocated to nearby wetlands. Our wetlands are an essential part of our ecosystem because they provide a place for water to go preventing flooding. This sand fills in the wetlands and chokes out the life that lives in them. 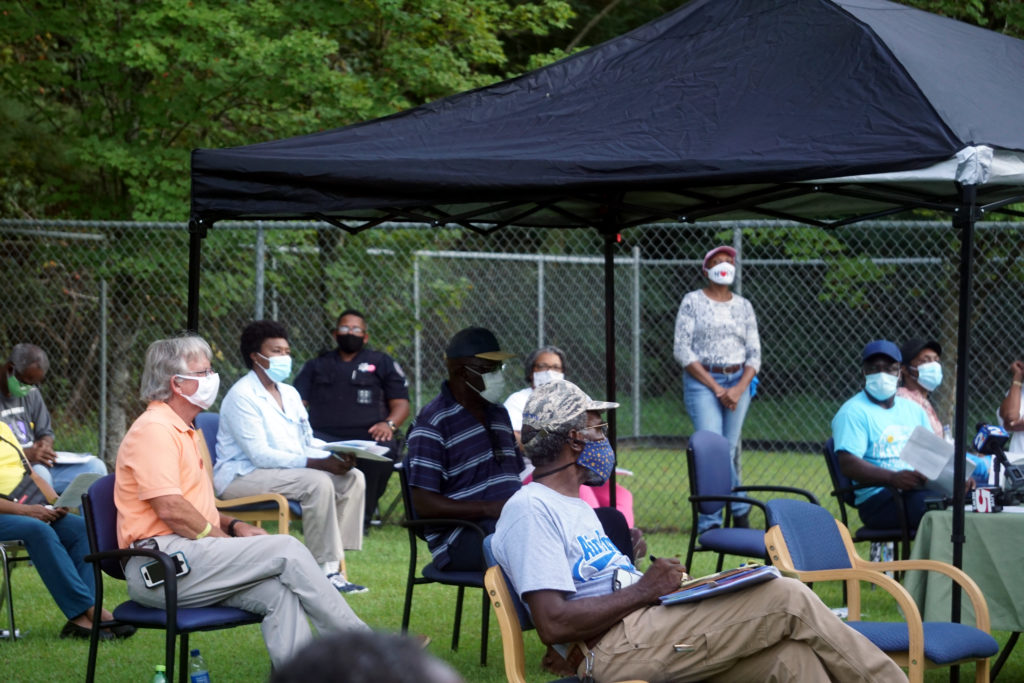 Residents of Huger attending the joint in-person and virtual DHEC meeting in Sept. 2020.

The Importance of Advocacy

The Huger residents are lucky to have a Representative that takes his job and his relationship with his constituents seriously. Representative Jefferson, Berkeley District 102, attended meetings with the Huger community and fought for them throughout the process.

Most importantly, though, the residents of Huger are active members of their community. They pay attention to what is happening in their home and when they are put in a position where their home or their quality of life is threatened, they stand up for themselves. Their message to other communities who face similar issues is to stay informed and involved in what is happening in and around your community.

Advocacy in Action: Who gets a seat at the table?