Berkeley County is the fastest growing county in the tri-county area. In fact, it is one of the fastest growing counties in the entire country. Developers are planning 18,000 units on the Cainhoy peninsula near Daniel Island, 3,000 new units have been approved in the town of Moncks Corner, and the full buildout of the megadevelopments in the US 176/17-A corridor (Cane Bay, Wildcat, Carnes Crossroads, and Nexton) will include about 35,000 residential units. Cumulatively, that is 56,000 new residential units, substantially more than the entire town of Mt. Pleasant.

This growth has had major impacts on traditionally rural communities in Berkeley County, as well as the environment. A recent report from the Post & Courier found that the tri-county area has lost over 10,000 acres of tree cover since 1992, and that parts of Berkeley County—including Summerville, Goose Creek and Ladson—ranked as some of the leaders in tree cover loss, with Goose Creek and Summerville each losing over 10% of their total tree cover. This destroys valuable habitat for wildlife, degrades air quality, and leads to more frequent and severe flooding. The growth is also negatively impacting infrastructure, causing major traffic congestion in areas throughout Berkeley County and the tri-county region.

Rapid growth in Berkeley County is particularly concerning because it is home to some of the tri-county area’s most critical natural resources. This includes the headwaters of three major rivers: the Ashley, the Cooper, and the Edisto. Small tributaries converge and flow downstream to form the main river channels, meaning that damage to the headwaters will eventually have major impacts on the rivers themselves. Water is the lifeblood of the Lowcountry. It circulates through the entire region, unconcerned with boundaries drawn on a map. Impacts to the creeks, branches and swamps of Berkeley County will not only be felt locally, but downstream in Dorchester County and Charleston County as well. This could mean more severe flooding in already flood-prone areas, as well as damaging flood events in new areas. These headwaters—specifically Wassamassaw Swamp and Four Holes Swamp—are currently in the direct path of development. 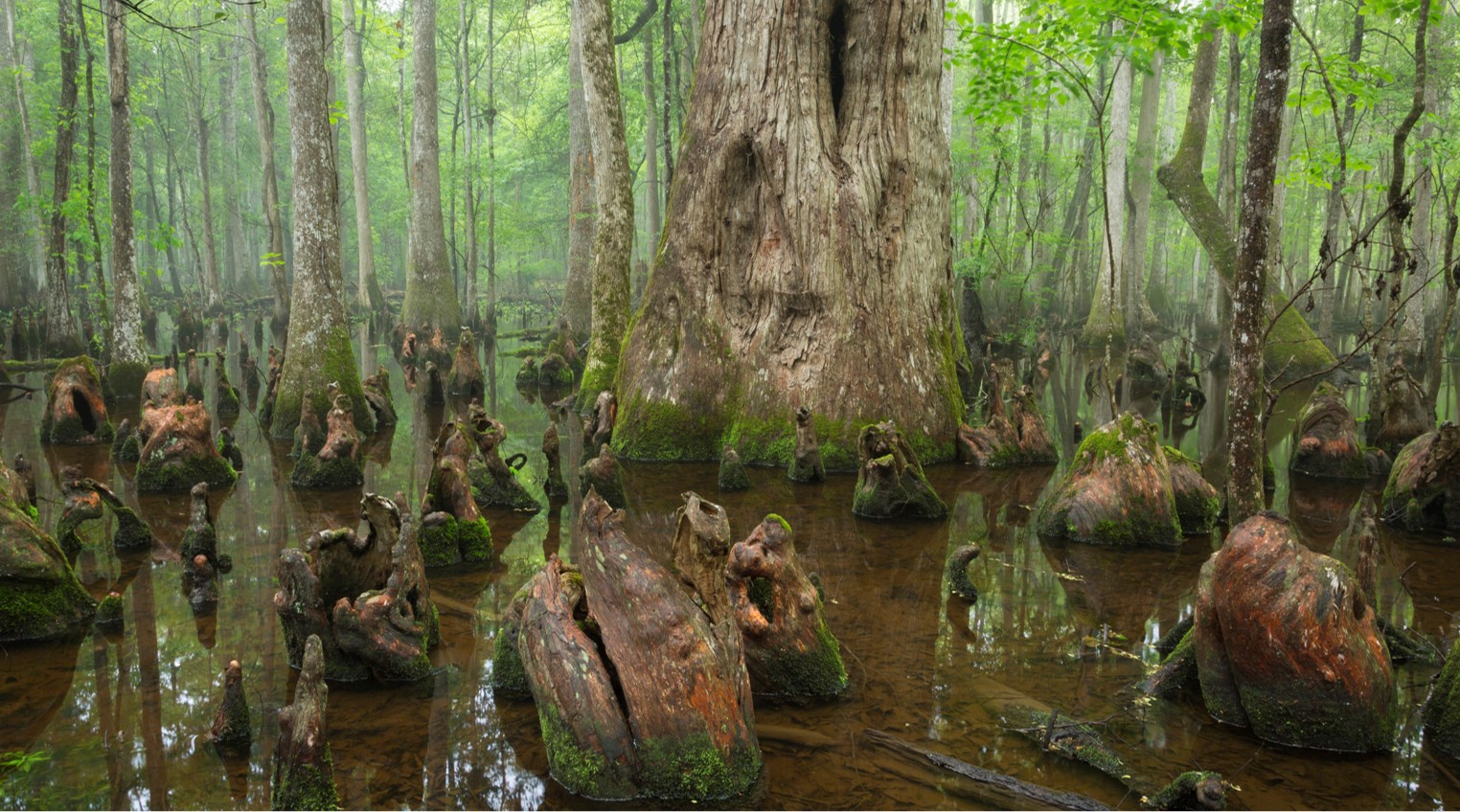 Protecting Critical Natural Resources
Measures must be established to manage and direct growth to protect our farms, forests, and waterways. Berkeley County is currently undergoing a major ten-year update to the One Berkeley Comprehensive Plan. This document will guide all land use decisions in the county for the next decade. It is imperative that the new plan includes recommendations to manage growth and protect natural resources and longstanding communities.

In addition to strong zoning categories, the permanent protection of open space through conservation easements and the purchasing of properties for public use is an important tool for managing growth.

Over the past thirty years, the conservation community has worked closely with private landowners in the Cooper River Corridor to conserve their lands in order to protect the natural and cultural resources throughout the watershed. Thousands of acres of land have been permanently protected along the two branches of the Cooper River, but the growth in Berkeley County is outpacing the resources currently available to purchase conservation easements.

Berkeley County has an opportunity to enhance conservation as a growth management tool by establishing a local conservation fund to help willing landowners establish conservation easements on private property and purchase land for public use in the form of parks. A conservation fund protects local land with significant natural, cultural, and/or historical resources by creating a source of money along with a set of guidelines to determine how that money is being used, meaning what types of properties the fund would protect.

Establishing a Local Conservation Fund
There are many different methods of establishing a local conservation fund. In Oconee County, the conservation fund was established with private donations. Alternatively, Charleston County uses a portion of its sales tax funding, whereas the program in Dorchester County is funded by a general obligation bond.

A local conservation fund could provide resources to establish a hard edge of protected open space around the Principal Growth Area. This is particularly important along the western boundary, as it would prevent growth from continuing to march up US 176 toward Orangeburg County.

A third opportunity is continuing efforts to protect the Cooper River Corridor and expand the Francis Marion National Forest. Finally, a local conservation fund would promote the protection of the untouched land along the upper Santee River, ensuring that area remains wild, and maintaining the integrity of the Francis Marion National Forest and the Cape Romain Wildlife Refuge downstream. 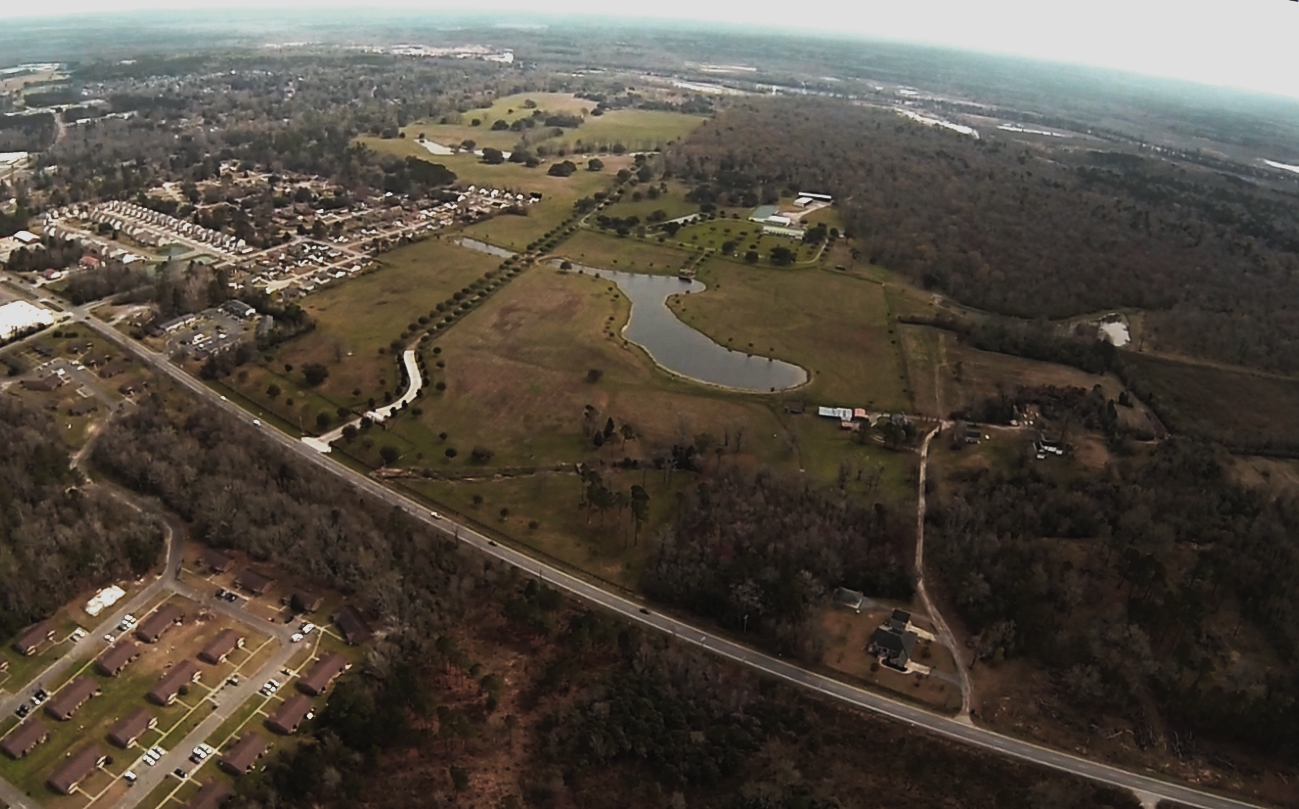 Gippy Plantation is a prime example of a specific property where a local conservation fund could help establish a public park. Gippy is an 800-acre property located on the northwest bank of the Cooper River near the edge of Moncks Corner. In 2018, developers proposed to build upwards of 1,200 houses on the property. The community organized, shared their voice, and so far, have stopped any development on the property. However, Gippy still has not been truly conserved, and it is still at risk for development.

A local conservation fund in Berkeley County could be utilized to help purchase Gippy as a publicly accessible passive park. Gippy has the capacity for miles of hiker/biker trails, cultivated gardens, birdwatching opportunities, a fishing pavilion, a kayak launch, and interpretive signs telling the long story of the property as a former rice plantation and dairy.

Moving Forward
For a local conservation fund to be established in Berkeley County, elected officials MUST hear from citizens that this is something they want for their county. Any citizen invested in protecting Berkeley County’s special places, managing growth, and/or creating public parks should call or write their representative on county council and let them know they support the establishment of a local conservation bank. Citizens can find their local representative along with their contact information here.