Transportation on the Senate Floor

To fix the potholes, fix the system

This week on the Senate Floor, Senator Tom Davis of Beaufort filibustered to ensure that reforming transportation is part of any law to address our roads. Senator Davis explained that if the General Assembly simply raises the gas tax without reforming the State Transportation Infrastructure Bank, any new money would not necessarily go to fixing existing interstates. Citing the example of South Carolina Highway 51, Senator Davis predicted that projects are in decent shape but had politically influential backers would take resources from projects of state-wide importance like improving I-26. Senator Hugh Leatherman, President Pro Tempore of the Senate, defended the project, noting that morning traffic on Highway 51 is as bad as traffic on I-26. 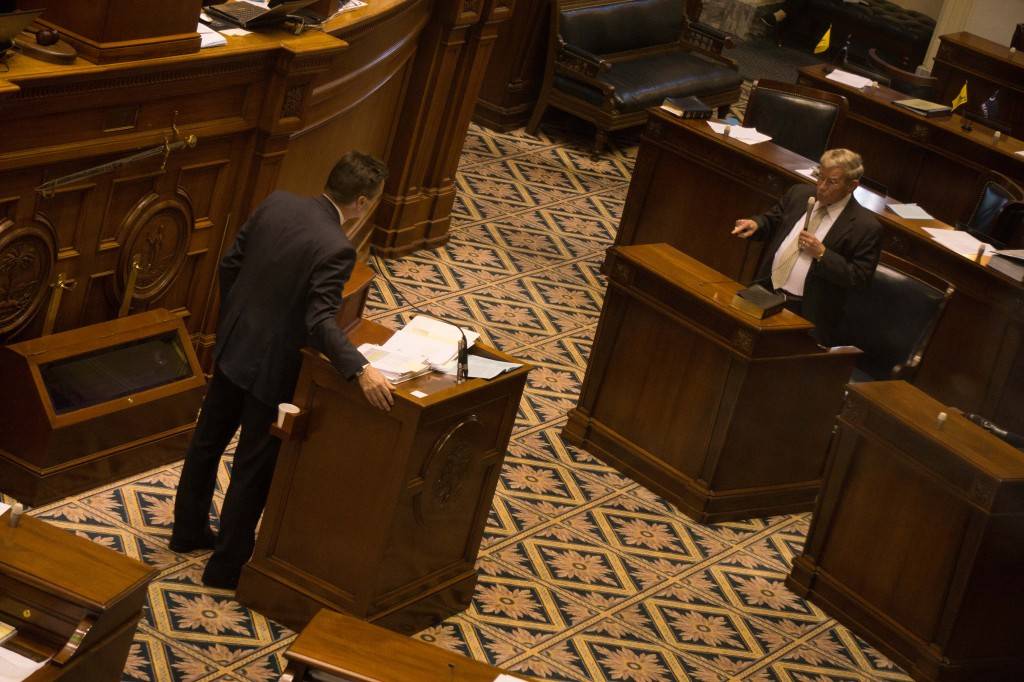 The Conservation League has played a key role in bringing these considerations to light. The State detailed the issues with the Highway 51 last year, and our Executive Director Dana Beach has spoken out on the role of Senator Leatherman in these funding considerations, writing in the Florence Morning News, “Power and politics should not be the guiding force behind transportation funding decisions. If a local transportation need qualifies as a statewide concern, then access to funding should not depend on the status of your elected representative.”

Senator Chip Campsen added that transportation funding decisions should consider environmental impacts of the decisions, pointing to Article 12, Section 1, of the South Carolina Constitution, which says: “The health, welfare, and safety of the lives and property of the people of this State and the conservation of its natural resources are matters of public concern.” 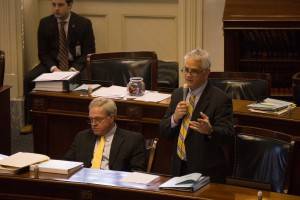 In a recent Senate Finance Committee meeting, the Chairman of the Department of Transportation Commission, Mike Wooten, said he wished environmental values played less of a role in making transportation decisions.

Mr. Wooten said specifically in that meeting: “Our goal as a commission was to try to move some of these economic development projects up a little bit but we couldn’t take away from safety, we couldn’t take away from some of those other aspects that we have to look at and frankly I thought environmental was a great place to take money from, or take the points from. As most of you in here know, I am not a fan of the environmental groups in our State.”

Senators Davis and Campsen disagreed, rightfully so, with Mr. Wooten, nothing that our clean air and natural resources draw people to South Carolina and make living here special.

Senator Campsen discussed CEOs of companies like Boeing who come here and can envision a a good quality of life for employees on our coast, and the need to keep what makes the Lowcountry special. Senator Davis concluded that discussion of our quality of life with a line that underscores why we’re involved: Once it’s gone you can’t get it back. When the green marshes, the wide sandy beaches, and the ancient live oaks are gone, we cannot get them back. Our transportation decisions affect all of these treasured parts of the coast, and we need to base those decisions on objective criteria and the needs of our state, not politics. Our splintered transportation system, with the infrastructure bank– our shadow DOT–lies at the heart the problem for our coast. Unnecessary road projects like I-73 and I-526 threaten our natural landscapes, abundant wildlife, clean water and traditional communities. To prevent them, we need to address the infrastructure bank.

What’s Next on Transportation in the Senate

The Senate Transportation debate will resume this week, and we will need the support of South Carolina citizens who care about our coast. You can start by emailing your State Senator and asking him or her to insist on reforming the infrastructure bank as a part of any transportation bill. The Conservation League advocates for devolving its ability to raise money by issuing bonds to the DOT, a solution that maintains the important ability raise revenue for projects like the Ravenel Bridge while removing duplication, waste, and cronyism from a separate infrastructure bank board with separate strategic plans and budgets for our infrastructure.