A Word from the Warehouse – September 2020 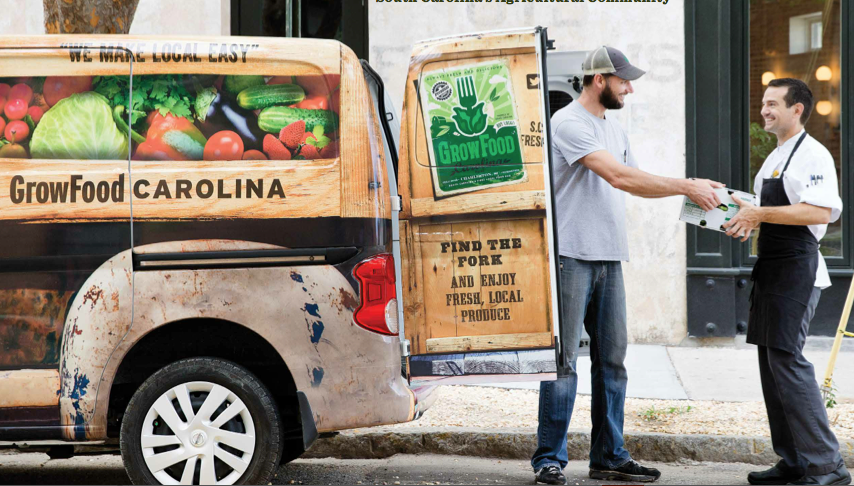 Welcome to the September Word from the Warehouse, the monthly newsletter from GrowFood Carolina, where you can find out what is happening in our warehouse, learn more about one of the 100 growers we work with, and hear about how our work supports the mission of the Coastal Conservation League.

Please feel free to reach out to me with feedback and ideas on how to make Word from the Warehouse and GrowFood Carolina better. I’m at [email protected] or (415) 509-8319.

It’s finally cooling off after a long, hot summer and fall crops are starting to trickle in. We received satsumas last week, the first citrus fruit to roll in this year. We also have fall greens from the Upstate and Midlands, our first radishes and turnips, and delectable Asian pears. And we’re in the heart of the season for local, deliciously sweet muscadine grapes.

We always have some varieties of mushrooms available. Right now we have shiitake, oyster, and lion’s mane. Most of them are coming from cultivators, who grow them in cool, damp, and dark barns and sheds. To grow these mushrooms, cultivators “inoculate” logs or other surfaces covered in hay or sawdust with mushroom spores, and then the mushrooms grow on those surfaces.

We love mushrooms so much at GrowFood that we celebrate every fall with a Mushroom Gathering party. We’re not going to let you down this year even though we are in the midst of a global pandemic. But we’re going to have to do things differently to be safe. Expect more details soon. 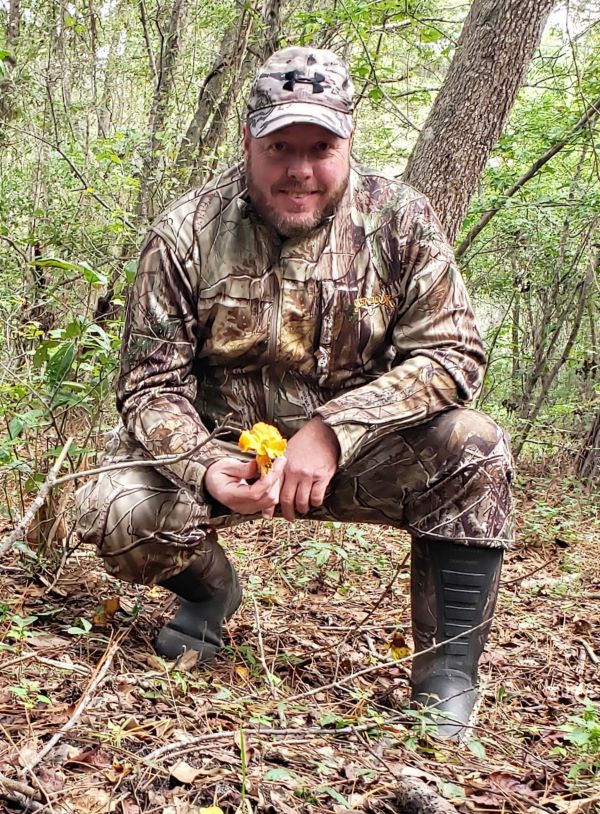 While many cultivators grow mushrooms, independent foragers gather them from the wild, including Brian Ambrose, a sergeant with the Charleston Police Department. His love of mushrooms, as well as his part-time gig as a forager, began a few years ago when he was working as a security guard at GrowFood’s Mushroom Gathering, a fundraising event where local chefs create and share fabulous, savory mushroom dishes. While he was working, someone came up to him and asked him if he wanted to try the chanterelles, a meaty, funnel-shaped mushroom common in the Lowcountry. He did, and thought they were delicious.

Not long after that, he was in a deer stand on his family property. When he stepped down, he saw chanterelles all over the ground. “I fell into a cornucopia of chanterelles,” he said. He decided he would get certified by the S.C. Department of Health and Environmental Control to gather and sell mushrooms, and make mushroom foraging his new side hustle. It just made sense. He loves being outdoors, and his family has property in Jedburg and New Hope, where he can forage.

The two-day course wasn’t easy. He had to do a lot of reading and other preparation in advance. Then he had to take and pass several tests. In the end, he was able to distinguish toxic mushrooms from ones that are good to eat. He’s now licensed to gather and sell 18 edible and three medicinal species.

He’s been foraging on his land for the past few years, selling chanterelles and other mushrooms to GrowFood and local chefs. Brian said people seem to be growing more interested in mushrooms. Friends often send him photos of mushrooms growing in their yards asking if he can identify them. And he gets a lot of good-natured teasing about being the cop who sells “shrooms.” 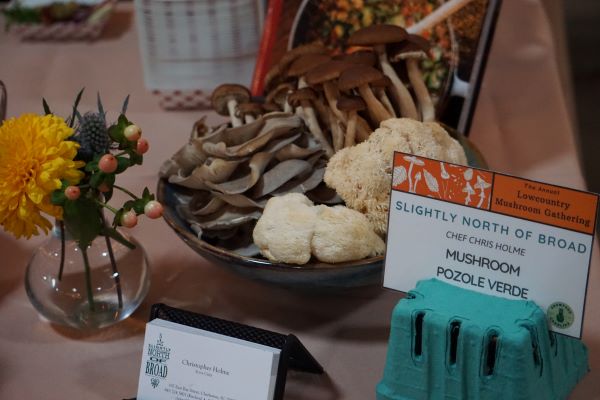 Before 2014, it was illegal to sell mushrooms foraged in the state of South Carolina. Foragers often reached out to GrowFood attempting to sell what they had gathered, but we had to turn them away.

Then, the Conservation League worked with Tradd Cotter, a mycologist who studies fungi, and DHEC to develop a statewide certification program. The state’s first Wild Mushroom Safety Certification was held at Charleston’s Caw Caw Interpretive Center in 2014.

Nearly 1,000 people have been certified as foragers since 2014. And that’s good news for GrowFood, our local restaurants and the environment. Responsibly foraged mushrooms are a sustainable product as more grow back than are picked. And of course, they are delicious.

If you don’t already know that, you will certainly be convinced after our Mushroom Gathering celebration. Stay tuned for more on that soon!

“Farming is a profession of hope”