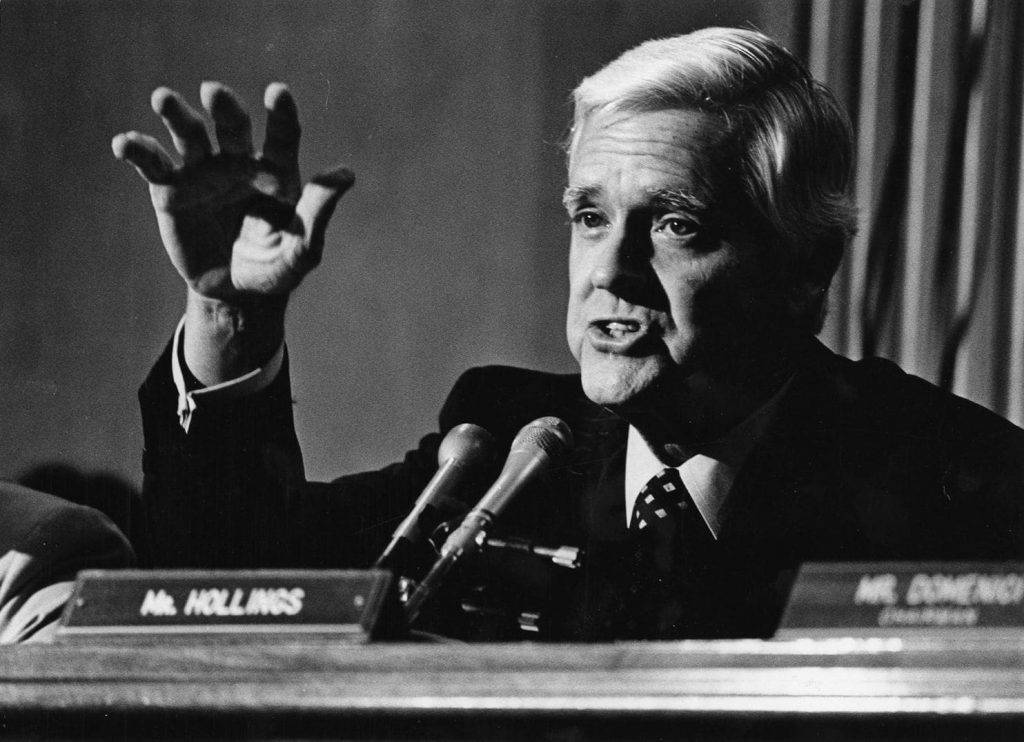 This weekend, I was saddened to learn that we have lost a much admired and beloved ocean hero and statesman. Senator Ernest “Fritz” Hollings of South Carolina died on Saturday at the age of 97.

His leadership will live on through his vast array of accomplishments over the course of a long and distinguished career. A particular part of his remarkable legacy that is near and dear to my heart is his role as a steadfast ocean champion in Congress. He helped craft and affirm cornerstone coastal and ocean legislation like the Coastal Zone Management Act, the Marine Mammal Protection Act, and the Magnuson-Stevens Fishery Conservation and Management Act, among others. These same laws and policies actively guide our work at the Conservation League today on issues like habitat protection, offshore drilling and seismic testing, and ensuring development in our sensitive coastal areas is done appropriately and that it respects that fragile landscape.

Senator Hollings led the effort to pass the Oceans Act of 2000, creating the U.S. Commission on Ocean Policy, which was charged with taking a comprehensive look at the nation’s ocean and coastal policies and offering recommendations for how to improve and update those policies. I worked for that commission in Washington, DC as its Director of Governance, and in that role had the good fortune to work with the Senator and with his always stellar congressional staff.

Senator Hollings fought hard for land protection, our oceans, and science-based decision-making. He was proud to represent the people of South Carolina and worked tirelessly to protect its salt marshes, estuaries, and extraordinary stretches of coast, including the ACE Basin where a national wildlife refuge now bears his name.

In the days ahead, I look forward to reading and hearing more stories about Senator Hollings. It will be up to all of us — and more important now than ever — to carry forth his legacy of conservation, pragmatic governance, public service, and optimism.

Statement on Senate approval of anti-drilling measure during budget debate