Offshore drilling not worth the risk to SC 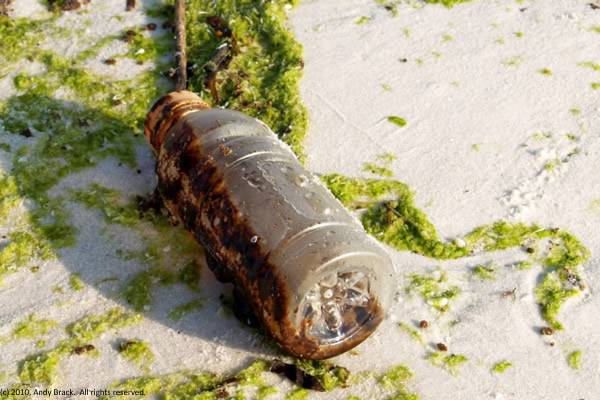 The Obama Administration this week released a draft proposal that would open areas off the South Carolina coast to oil and gas exploration and development. This proposal represents a fundamental threat to the people, wildlife and natural resources that exemplify the best of what makes South Carolina a special place to live and work.

Our state’s fisheries and ocean-based tourism and recreation support nearly 79,000 jobs and generate over $4.4 billion in GDP each year in South Carolina. Embracing offshore drilling would mean the industrialization of our state’s coastline with oil and gas infrastructure, which is in clear conflict with the existing economic and environmental advantages enjoyed by our coastal communities.

Current estimates for reserves off the South Carolina coast equate to a 6-day supply of oil and gas at current U.S. consumption rates. If all economically recoverable fossil fuel reserves were extracted for the entire East Coast, you could only meet current oil demand for 132 days and current gas demand for 283 days.

The U.S. Department of Energy under presidents Bush and Obama have both concluded that the limited oil and gas resources off the Atlantic coast would have insignificant impacts on consumer prices and foreign oil dependencies. Ironically, these are the two primary factors driving public support for offshore drilling.

As evidenced by the 2010 BP Deepwater Horizon disaster, a major spill can impact thousands of miles of coastline and wreak havoc on coastal economies and ecosystems. Therefore, any drilling allowed on the Atlantic Outer Continental Shelf represents a threat to the South Carolina coast. The impact of seismic testing on marine mammals, fisheries, other sea life and the surrounding ecosystem is also of serious concern.

Equally troublesome is the onshore infrastructure that accompanies the oil and gas industry. The refineries, storage facilities and pipelines that mar much of the Gulf Coast contribute to an array of air and water pollution challenges in that region. Inviting these facilities to locate along the South Carolina coast is at odds with the character of our existing communities.

The meager amount of reserves along the East Coast is simply not worth the risk to our coastal quality of life and natural resources. At best, offshore drilling is a gamble for South Carolina. At worst, it is a reckless disregard for what makes this state such a great place to live and work.

Thankfully, coastal mayors are paying attention and beginning to speak up.

At a recent press conference focused on offshore energy resources, Beaufort Mayor Billy Keyserling stated, “I’m a child of the Lowcountry. I love what we have here, and I see no need for oil exploration and drilling. Why would we put at risk the wildlife, the jobs, the quality of life we enjoy?”

Myrtle Beach Mayor John Rhodes was similarly vocal this week in his opposition to offshore drilling, saying, “I don’t want to have an opportunity for anything that would hurt our coastline. Tourism is our only industry and therefore we have to be very protective.”

On March 11, the Bureau of Ocean Energy Management, the regulatory agency responsible for offshore drilling activities, will host a public meeting in Charleston to gather feedback on this draft proposal, which would allow oil and gas exploration and development from Virginia to Georgia. A 60-day public comment period was also opened on January 29.

Details on the draft proposal, public comment options and next steps can be found here.

In the months ahead, the S.C. Coastal Conservation League will be focused on ensuring the public and our elected officials understand the implications of this proposal, so that South Carolina’s concerns can be adequately conveyed to federal regulators before any decisions are finalized.