Last week the media paid much deserved attention to the welfare of sea life.

In this excellent piece in the Post and Courier, retired DNR biologist Charles Barans urges action to protect snappers and groupers in the face of persistent population declines. The solution, which has been frustratingly difficult to implement over opposition from the fishing industry, is one America pioneered more than a century ago — sanctuaries for resting and feeding.

On land, we call them National Wildlife Refuges. Policy makers prosaically call them “marine protected areas.” The ocean is under siege from a dozen directions, but marine protected areas (MPAs) are the most effective measures we can easily adopt to secure the future of our aquatic cousins (not to mention, occasionally, our dinner).

One particularly charismatic ocean resident, an 800 pound tiger shark, was caught one mile offshore of Folly Beach this week. Amid dismay over the death of this ocean giant, Charleston representative Chip Limehouse introduced a bill protecting the species. This is welcome news, especially in the midst of the “summer of the shark.” 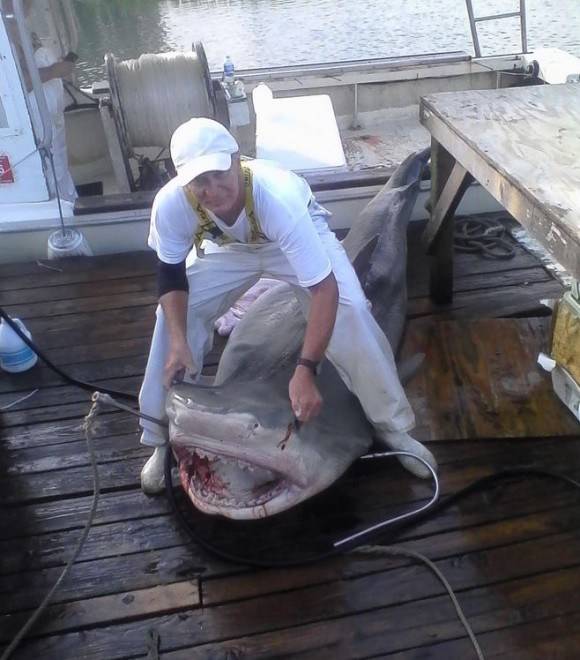 Elon university biology professor, Jeffrey Coker, in this delightful piece, talks us off the shark ledge by reminding us that while sharks kill, at most, 10 people a year worldwide, we kill more than 100 million sharks a year (there is truly no justice…), and the chance of dying from a shark attack is lower than from being hit on the head by a coconut. (Climbing a coconut tree, as Keith Richards can attest, is even more dangerous than sharks or falling nuts.)

Although Chip Limehouse is exactly right about tiger sharks, he needs remedial help with herring. Calling transportation reform a “red herring,” Chip falls in line with the legislative leadership, who want a half billion or so more tax dollars annually, but refuse to provide any guarantees that the funding will be used to address state needs.

Chip was one of seven appointees to the board of the state transportation infrastructure bank (STIB) when that entity approved spending $150 million to widen S.C. 51 to Pamplico, a road that is virtually car-free during rush hour, thus eliminating the possibility of resurfacing 300 miles of road elsewhere in the state. For more on Highway 51, and the importance of eliminating the STIB, here is my op-ed from the Hilton Head Island Packet.

If marine protected areas represent the easiest step toward reviving fisheries, reversing ocean acidification is arguably the most difficult. For the survival of marine life, however, it is essential. Fortunately, the Administration’s new carbon rules will help. And as the Post and Courier editorializes, South Carolina is well positioned to comply with the rules.

SCANA, Duke and Santee Cooper have closed a dozen older coal plants and are on track to close more in the coming few years, accelerating progress toward meeting the state’s energy needs with increased efficiency and with renewable and low or no-carbon sources of energy.

I hope everyone enjoyed what was certainly the most delightful weekend of the summer.