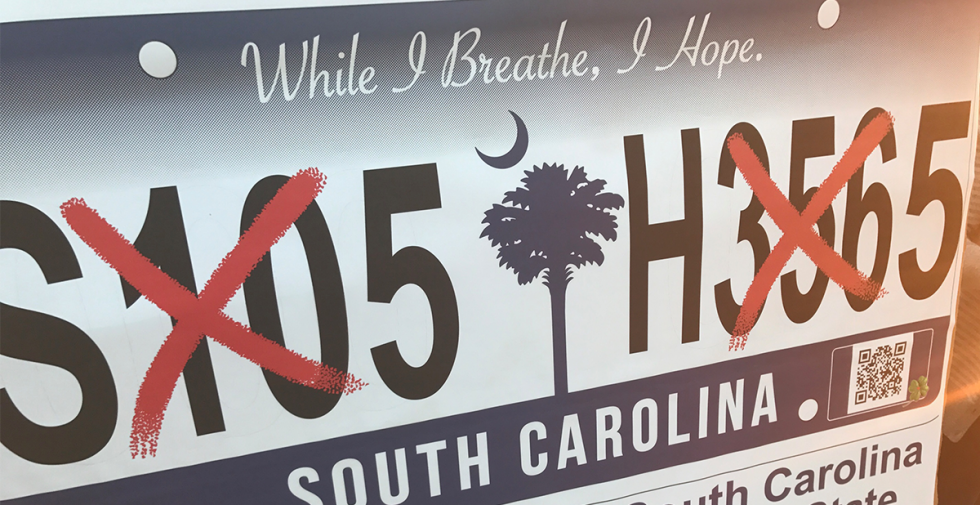 “The arc of the moral universe is long, but it bends towards justice.”
Martin Luther King, Jr.

Pope Francis makes it clear in Laudato Si, his magisterial encyclical on the environment and equality, (https://laudatosi.com/watch), that the moral universe encompasses nature as well as humans (indeed, that it is nonsensical to consider one without the other). I suspect Martin Luther King, Jr. would agree. I wonder, though, whether the trajectory really is an arc. These days, it seems more complicated than that. It seems to include loops, discontinuities, and not a small number of hairpin turns.

This week’s news illustrates the geometric complexity of progress on the environment, with protections at risk we have taken for granted for more than a decade (hairpin turns), but also the prospect for fundamental progress on the journey toward stewardship (positive discontinuities).

On the subject of threats, Alex Sanders – former judge, president of the College of Charleston, and died-in-the-wool environmentalist – writes in the State about the importance of protecting the “automatic stay,” a legal pause button on construction that is activated when environmental permits are appealed. Judge Sanders does an excellent job of explaining why this seemingly modest provision in state law is so important to protecting the environmental and sustaining the tradition of public involvement in the regulatory process, and why the Legislature should reject the bills eliminating the stay that have been introduced this session.

At risk of throwing a few curves of my own, it is important to understand what the automatic stay does and does not do. As Judge Sanders writes… if, for example, a neighborhood association appeals a landfill permit on the edge of a lake in Laurens County, the landfill company is prohibited from building the landfill until the administrative appeal is completed. The stay does not continue if the neighbors take the appeal to the next step – the circuit court. (Note the difference between administrative appeals, which are part of the permitting process, and judicial appeals, which take place in the judicial branch of government.)

The logic behind the stay is that citizens should have a right to make their case against a particular permit without the appeal being rendered moot, (which would happen if the landfill is built, or the road paved), at least until the end of the permitting process. And the stay should be automatic, because citizens simply do not have the money, the expertise or the political clout large companies or government agencies have.

Interestingly, the opponents of the automatic stay who have testified in the Legislature are all:

1. Consultants to, or lawyers for, road builders,
2. Defending the right of government (primarily the Department of Transportation) to run roughshod over citizens and conservation groups and,
3. Based in Horry County.

In addition to that, in every case they brought up, (which were very few, and all new roads), they either falsely claimed that the automatic stay held the project up, (in most cases it was federal, not state permitting that caused delays), or they failed to request that the stay be lifted, which is their right under the current law.

The public response in support of the stay has been extraordinary. The bill is scheduled for further consideration in the House and the Senate in the next few weeks.

This next piece, an editorial from the Post and Courier, argues for reauthorizing the state Conservation Bank, which the conservation community, led by Charleston Senator Chip Campsen, helped pass in 2002. Since then, the Bank has helped protect more than 200,000 acres of land of great ecological, historic and economic importance to South Carolina. The Bank has contributed about $300 per acre on average, but the value of the protection is many multiples greater than that.

The hairpin turn here would be the Legislature allowing the Bank to expire, thus removing the state’s most important, (although extremely modest,) stream of funding for conservation.

At the federal level, two hairpin turns from Congress and the Trump administration are: 1. to remove the protections against stream contamination from coal mining and 2. to withdraw support for a new rule under the Clean Water Act that protects the headwaters of rivers and streams. The president and C.E.O. of Trout Unlimited, Chris Wood, writes in this editorial from the New York Times about the importance of these rules, and the damage their elimination would do to freshwater fish like trout, which are not only beautiful, but whose pursuit by trout fishermen and women contributes $1.5 billion (with a “b”) to the economy. Mr. Wood writes that nearly 60 percent of stream miles in America will lose protection if the Clean Water Act rule is withdrawn. (I’ll concede that these days we must justify protecting trout not because they are beautiful, but because of their economic importance, but I don’t like it.)

Enough hairpin turns. These next two articles report that a trio of rock-solid conservatives are calling on Congress and the Administration to pass a carbon tax to reduce greenhouse gas emissions and hasten the transition to cleaner energy sources. George Schultz, James Baker and Hank Paulsen, along with a team of similarly credentialed business and government leaders, write in the New York Times that the carbon tax, which would be redistributed to citizens, and thus be “revenue neutral,” would encourage energy conservation and clean energy production by putting a price on carbon.

This is basic Adam Smith Economics 101. “Externalities” (the negative effects of pollution that come from burning carbon based fuels) should be incorporated into the price of the good. Otherwise the price paid fails to properly reflect the full cost of consumption and the consumer makes “non-optimal” choices.

A carbon tax has been endorsed by dozens of major corporations (Exxon and Walmart, among many others), by prominent business people and politicians, (for example, Michael Bloomberg, who covers both bases, and our own former Greenville Congressman Bob Inglis), and by respected economists across the political spectrum. We will see whether this will be a great leap forward (a positive discontinuity) in the arc of the moral universe, or just a squiggle along the way.

Fortunately, even without a carbon tax, solar power is becoming a major source of energy nationwide, and a major source of employment. This article from the Post and Courier reports that the state has added 1,000 jobs over the past year in the solar industry. This is truly revolutionary, (a 57% increase), and proves the power of policies and laws like South Carolina’s solar legislation, passed three years ago, to accelerate change by simply putting renewable energy on something closer to a level playing field with fossil fuels. (A carbon tax would also help.)

Finally, and totally unrelated to the environment, former South Carolina governor Nikki Haley was singled out this week as the “Distinguished Pol of the Week” by Jennifer Rubin with the Washington Post. It was encouraging to hear Governor Haley’s nuanced and thoughtful commentary on Russia after a less than impressive start in which she asserted she would be “taking names” of those countries that didn’t support the U.S. As I South Carolinian, I’m proud of her performance!

Here’s to the moral arc of the universe, with a minimum of hairpin turns and an abundance of positive discontinuities.

Have a great week!