Welcome to the September edition of our Berkeley County newsletter. I hope you and your loved ones are doing well!

Fall is on the horizon. The days are getting shorter, the weather is ever so slightly starting to cool, and the kids are heading back to school, either virtually or in person. I appreciate the return of some sense of normalcy after a chaotic spring and summer. I hope you continue to stay safe, happy, and healthy in the days ahead.

Please share this newsletter with your friends, family, and colleagues. Feel free to reach out to me directly with any questions, comments, concerns, or ideas about how we can work together to protect and further enhance Berkeley County. You can email me at [email protected] or call me at (843) 723-5127. I look forward to hearing from you soon! 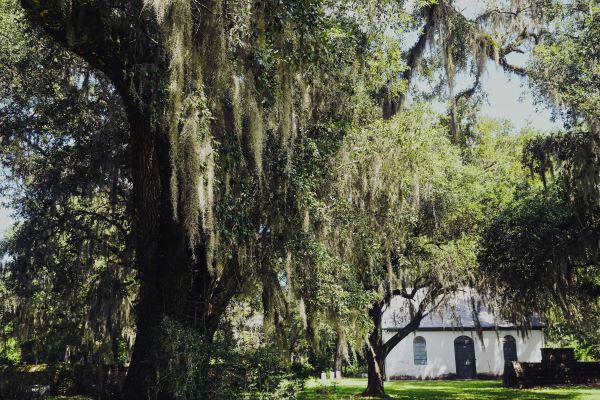 The Cooper River Historic District is the heart of Berkeley County—historically, geographically, culturally, and ecologically. Located along both the East and West branches of the Cooper River between U.S. Highway 52 and S.C. Highway 402, the 30,000-acre region is the largest historic district in South Carolina. The site was listed in the National Register of Historic Places in 2003. Many of the structures and artifacts found in the region—including magnificent houses, hand-dug canals, and early American places of worship like Strawberry Chapel—date back to the mid-eighteenth century, when the Lowcountry was one of the top producers of rice in the world and the area served as a major producer of the highly sought after variety of rice known as Carolina Gold. The rice industry—built on the forced labor and ingenuity of enslaved people from West Africa who were experts in rice cultivation—established Charleston as an extremely influential city in early America and served as a foundational component of the national economy.

In the 19th century, as rice production shifted away from South Carolina, much of the Cooper River Historic District was preserved for use as hunting land. The site was a haven for waterfowl during migration, and attracted sportsmen from all over the country, including the famous outdoors enthusiast, President Theodore Roosevelt. Today, many of the old plantations are under conservation easements, which preserve and protect them forever. Visitors to public sites such as Childsbury Heritage Preserve, Mepkin Abbey, and Bonneau Ferry Wildlife Management Area can immerse themselves in the natural beauty and cultural heritage of the Lowcountry.

Ironically, being listed on the National Register ultimately provides very little protection for the Cooper River Historic District. Parcels of land can be removed, and development can encroach on the region. To maintain the area’s invaluable ecological resources and protect its rich history, we must continually monitor all land use in and around the district and fight to ensure that steps are taken to preserve the integrity of the corridor.

In the words of Aldo Leopold, a forester, sportsman, essayist, and pioneer of the American conservation movement, “We abuse land because we regard it as a commodity belonging to us. When we see land as a community to which we belong, we may begin to use it with love and respect.”

The Conservation League in Berkeley County 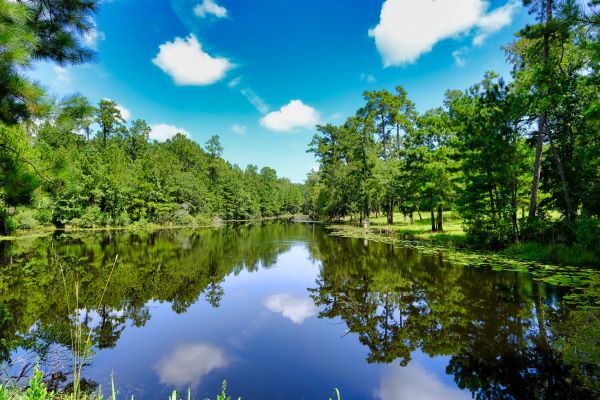 The Conservation League recently became aware of an application to change the zoning on a nearly 68-acre parcel of land near Cordesville, adjacent to Midway Plantation on the northern perimeter of the Cooper River Historic District, to allow for more dense development. The property serves as a buffer between the historical region and rapidly encroaching growth and development. The requested zoning would have allowed for suburban development, as well as invasive industrial mining, much like we have recently seen in the nearby community of Huger. The Conservation League pushed back on the plan, and on August 24 County Council denied the change. The land will continue to be preserved under its current zoning of Preservation Residential (R-15). You can watch County Council discuss the application and arrive at a decision here.

Unfortunately, the zoning category the applicant was seeking is the most common zoning category in Berkeley County. Agricultural (Flex-1) zoning is applied to about 95% of land in the county, not including the Francis Marion National Forest. The designation is supposedly intended to preserve the culture and character of the county’s rural lands. However, it allows for industrial mining as well as development of more than one dwelling per acre, which encourages suburban sprawl.

During the upcoming Comprehensive Plan update process, we will encourage county officials to adopt more specific zoning categories that steer growth to where infrastructure exists while maintaining the character of rural lands and protecting Berkeley County’s special places long into the future!

Public Concern Podcast — Hosted online by the Conservation Coalition, including the Conservation League’s Alan Hancock, this podcast features many of our partners from across the state discussing local conservation issues. You can listen here.

Broken Ground Podcast – Hosted by the Southern Environmental Law Center, this series digs up environmental stories in the South that don’t always get the attention they deserve and gives voice to the people bringing those stories to light. You can listen here. You can also listen on Spotify or Apple Podcasts.

Webinar Series: Conversations with Conservationists — Check out the summer series of webinars from the Conservation Voters of South Carolina here.

NOTE: Berkeley County has officially reopened its government offices and buildings. Seating for public meetings in the Assembly Room is arranged in accordance with social distancing guidelines. As a result, seating is limited.

If you do not wish to attend meetings in person but do want to follow along live, all meetings listed below will be streamed on Facebook Live. You do not need a Facebook account to watch.