A Word from the Warehouse (November 2020)

Welcome to the November Word from the Warehouse, the monthly newsletter from GrowFood Carolina, where you can find out what is happening in our warehouse, learn more about one of the 100 growers we work with, and hear about how our work supports the mission of the Coastal Conservation League.

As the season changes, our farmers are optimistic about the future because of the generous support they get from us and the changes we’ve made to meet their needs during the Covid-19 pandemic. Our team is currently hard at work assisting our growers with production plans and mapping out what the spring will look like.

We’re excited about the future of South Carolina agriculture and hope you are, too. If you’re interested in continuing to support our farmers, keep a look out on Tuesday, December 1—Giving Tuesday—to find out how you can help us provide over 1,000 additional boxes of local, fresh produce to communities along the South Carolina coast during the month of December.

As always, please also feel free to reach out to me with feedback and ideas on how to make Word from the Warehouse better.

Now that it’s beginning to really feel like autumn and temperatures are dropping, cold weather crops are thriving. In the warehouse, a lot of sweet potatoes, kale, collards, and many different varieties of citrus are coming in. We’ve even had some farmers successfully experimenting with producing exotic citrus varieties, like yuzu and makrut limes. But one older variety that we can’t wait to snack on every year is the beloved satsuma mandarin.

The satsuma mandarin hails from China but later made its way to the United States by way of Japan, where this delightful fruit earned its name in the Kagoshima prefecture, formerly, the Satsuma province. From Japan the fruit traveled to the states along the Gulf Coast in the late 1800s. It did so well in the Gulf states’ climate that farmers began commercially growing the satsuma, and small towns in Texas, Louisiana, Alabama, and Florida were actually named after the profitable fruit. Eventually, the popular tree made its way into South Carolina and Georgia.

This reddish orange beauty offers the perfect balance of sweetness and that citrus tang. When this fruit is left on the tree to further mature in the winter (and the temperatures don’t dip too low!), this easy-to-peel fruit starts to take on honey-like notes.

So, before you reach for an orange or mandarin from Florida, try one of our locally grown and delicious satsumas! 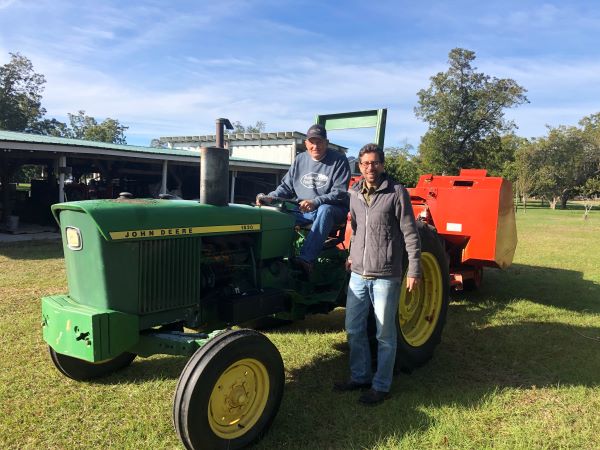 But when he took over running the 30-acre farm in 2006, he didn’t know much about farming. His father purchased the farm in 1968, and for years, it was mostly known for pecan trees, some of them 150 years old.

In 2008, Jim, who owns the farm with his two siblings, decided to “wing it” and plant some citrus trees in an ideal, empty space on the farm. He fondly remembers how he planted his first row of trees too close together because it was hard to imagine just how big the trees would get. He also remembers purchasing his first satsuma trees from Lowe’s. He followed the directions that came with them and within about three years, he had fruit for his family to enjoy.

Brickyard Point Farms was among the first five farms to work with GrowFood when we opened the doors in 2011. And the partnership has been a success.

Despite his success, Jim and his family have concerns about the future of farming on Lady’s Island. Theisland has changed a lot since his father purchased the farm in the 1960s. Back then, there were fewer houses, fewer bridges, and more farmland. Knowing his family’s valuable property on the Intracoastal Waterway could easily become a target for developers in the future, Jim’s family decided to protect theland by putting it under conservation easement. 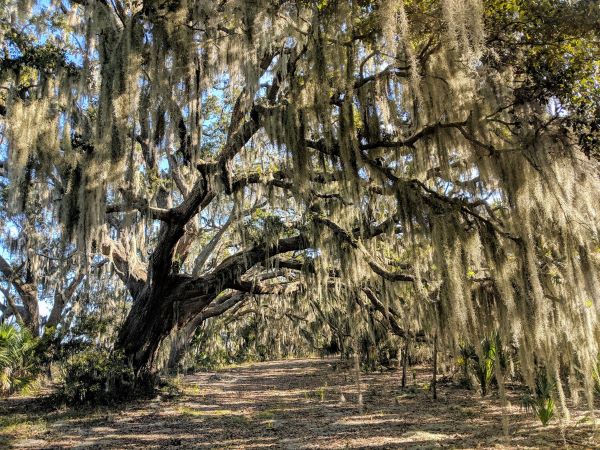 These easements are legally binding contracts that permanently limit how the land can be used. They protect water quality, wildlife habitat, and productive farmland, and they stand strongly against encroaching development. The landowner still owns the land and maintains certain rights, like the right to sell the land or pass it on to heirs. Property owners also may receive valuable tax benefits.

Conservation easements are also an important tool for large land protection programs such as Beaufort County’s Rural and Critical Lands Preservation Program. We supported the launch of that program and have continued to support it since it began in 2000. So far, it has preserved more than 25,000 acres, much of that through conservation easements, which stretch conservation dollars because they cost much less than buying land outright.

Jim and his family are concerned about the region’s changing landscape and wanted to protect their farmland from rapid growth along the South Carolina coast. As Jim observed, more growth can mean that more of the area’s agricultural heritage will disappear.