Our long weekend began with a terrifically birdy trip to a property on the North Santee with Michael and Ginny. We saw a flock of about 50 resident American White Pelicans, 100+ Wood Storks, hundreds of Great and Snowy Egrets, and 25 Roseate Spoonbills, a few Pied-Billed Grebes, Black-Necked Stilts, Grackles, Gallinule, Night Herons and more. We counted about 750 birds but think we saw more than 1,500. The water had just been drawn down in several impoundments, so the wading bird feeding frenzy was on. We also saw 60 gators all in one small section! You’ll see one photo of a Glossy Ibis and a Little Blue Heron changing from white to blue. It was a beautiful outing and just a little buggy. I really enjoy being with Michael and Ginny – I learn so much!

My neighborhood continues to be a treasure trove of “regular” birds. For the last four days there has been a flock of about 50 White Ibis flying in formation over my house at 6:20 AM. They are very low and must be coming from the marsh across the street. I also saw an Orchard Oriole twice this weekend – a first for me. I did happen to catch an Eastern Screech Owl yesterday in flight and a pair this morning – in the same place that I’ve seen them in the past. This morning they sang to me but usually they’re very quiet. I also included a photo of a Wood Duck with 10 ducklings that I saw on Saturday morning.

On Monday, Mitch and I went to the Garris Landing pier to watch birds and hang out for an hour or so. As we were leaving, a Swallow-Tailed Kite made an appearance over the woods. I’ve only seen four this summer so far.

The storm this week may bring in some good birds, so I expect to explore later on Thursday and Friday morning to see what Elsa brings to our inland ponds. 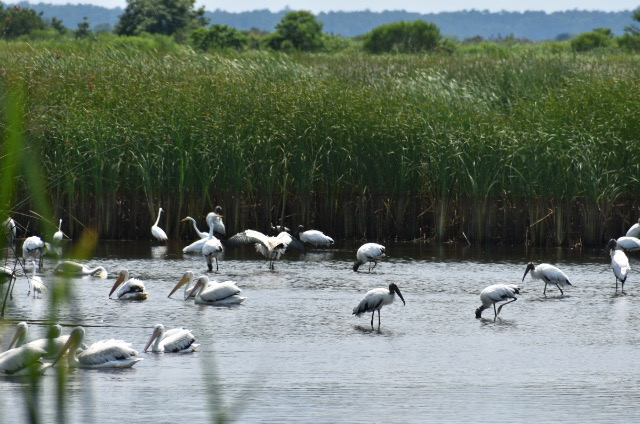 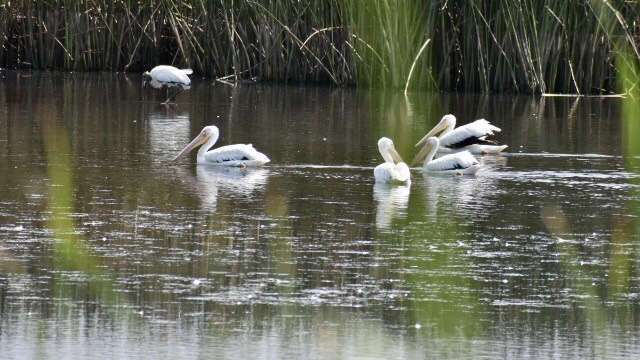 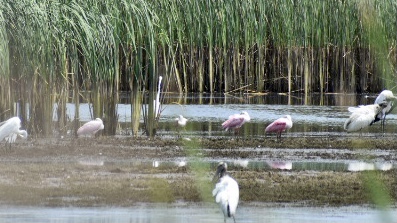 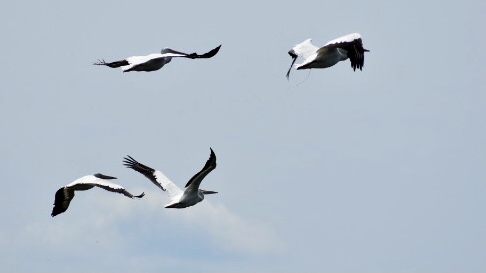 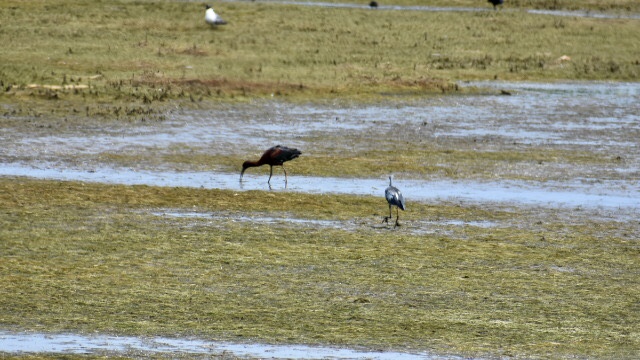 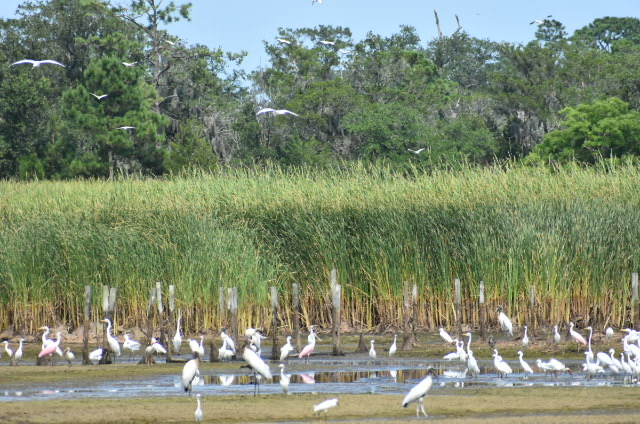 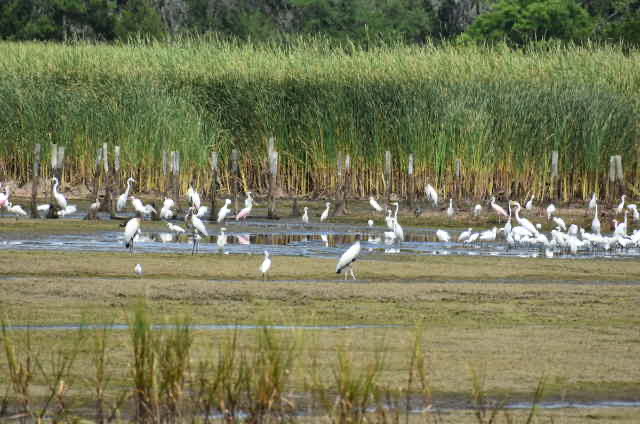 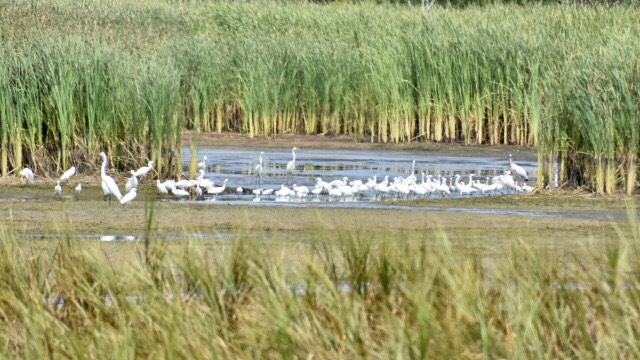 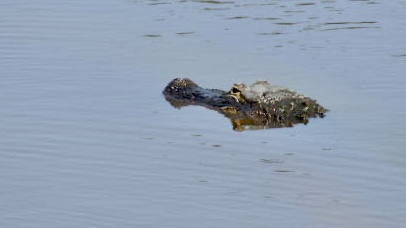 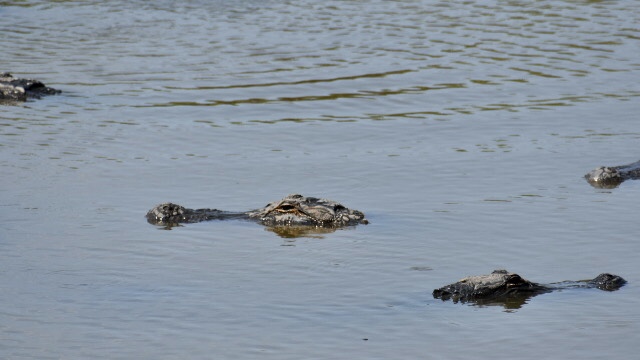 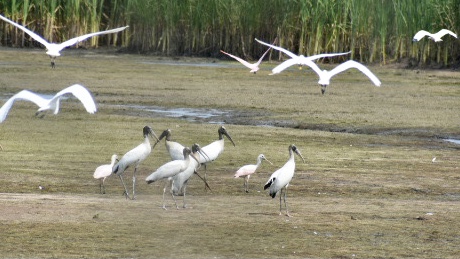 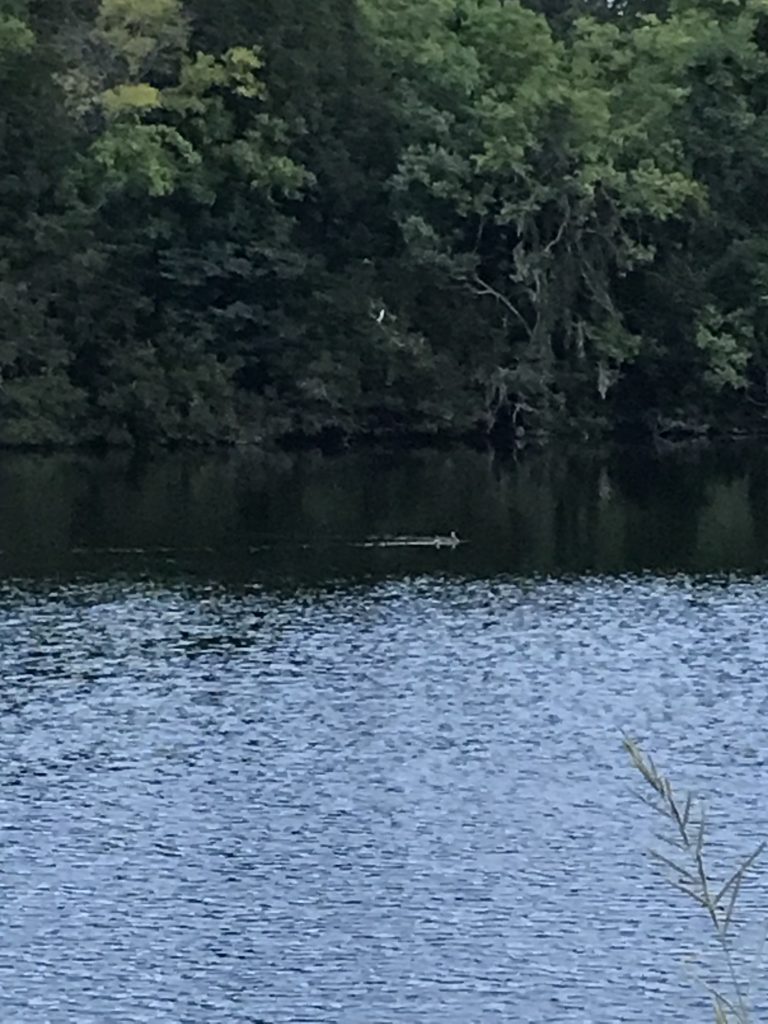